So the other day, I was on my way to a meeting in Okigwe. It was to start at 1pm and I planned getting there at least an hour before the meeting. I had a stellar plan: leave my house by past 8, get to the park by 9, give the bus at most an hour to be full then get to Okigwe latest by 12noon.

I forgot one important detail: it rained throughout the night before till that morning. You are wondering how this affects my itinerary,  I will explain. From my house, I had to pass through this single carriage road about 3-4km (this road should be at least a dual carriageway holding at least 3cars horizontally (not the narrow Nigerian im giving you a dual carriageway that can barely hold 2 saloon cars) with one of those cars being a heavy truck/trailer) and the traffic congestion on this road is a normal routine. But with the rain, there would be heaps of sand and other stuff contributing to a freer passage (note the sarcasm).

Of course,  Anambra state govt does not deem expansion of the 3-3 road a necessity,  although its the link road to 4 major estates/suburbs in Onitsha, rather we are building 2-3 flyovers in Awka to combat future congestion when the city expands (the capital city takes precedence in the Nigerian thinking). I’m digressing abeg.

Back to my story, that morning the traffic was soo bad that even the traffic controllers (latsma equivalent) were confused. Buses (the one I was in inclusive) were driving on wrong lanes but was I happy. The other passengers were even insulting the private car owners on the other lane who weren’t moving out of our way fast enough. I even cursed the drivers who didn’t allow us to rejoin our lane when we finally blocked oncoming vehicles fully  and rejoiced internally when other passengers started shouting on the driver telling him “you will not just wait a bit, when your car is scratched I will know what you will do, you are struggling for road with buses, Idiot’

I finally got to the park by 9:30am and as I waited for the bus to fill up, I went over the morning’s events and I was ashamed of myself. Because although I didn’t say a word, my silence was a support to the happenings of that morning.  I was in a hurry, yes but who said others who were in that traffic didn’t have more important meetings they were also rushing to.
.
.
Moral of the Story: Sometimes having a Leggedesbenz is useful, because if I’d been driving myself, I would have stuck in that traffic for nothing less than 2 hours and a half

Just saw this. Quite hilarious but deep.

On the first day, God created the dog and said, “Sit all day by the door of your house and bark at anyone who comes in or walks passed. For this, I will give you a life span of twenty years.”

The dog said, “That’s a long time to be barking. How about only ten years and I’ll give you back the other ten?” And God saw it was good.

On the second day, God created the monkey and said, “Entertain people, do tricks, and make them laugh. For this, I’ll give you a twenty-year life span.”

The monkey said, “Monkey tricks for twenty years? That’s a pretty long time to perform. How about I give you back ten like the dog did?” And God, again saw it was good.

On the third day, God created the cow and said, “You must go into the field with the farmer all…

The world goes on……..
Even if you are depressed,  who cares?
Are we the cause of your depression?
Even if we are? You chose to be affected
And how does your experience affect us?

Even if you are mourning,
Once we weren’t close with the dead,
We really don’t care, we just say the obvious ‘Eiyaa, may his soul rest in peace! He was a good man’
We might ask how you are coping,
But be aware you are supposed to say ‘fine’
We won’t bother with the burial unless we have something to gain by attending,
Or we want to parade our latest mourning asoebi.

Even if you are going through financial crisis,
Who cares if your children’s school fees are yet to be paid,
Or that you are behind on the rent?
We will still stuff you with meat, fish and expensive drinks in overpriced hangout joints
And even offer to pay for a lady of the night to help reduce your stress.

Even if you are single and desperately searching for a husband,
Is it not your pride and pomposity that made no man to want you?
We will still interrupt your teary tale of how yet another man you were supposedly seeing got hitched that Saturday
With our regaling story of the latest car, jewellery or shoes our dear sweet husbands just bought us,
And tomorrow we will wonder how you moved from the friend zone to snatching our husbands.

The world goes on……..
Uncaring if you are in mourning,  jobless or struggling with whatever issues you have
Thats why the Igbo proverb says: E buru ozu onye ozo, o dika e bu nku
Which literally means: when someone’s corpse that isn’t related is being moved, it feels like they carrying firewood.

So the other day,  I was discussing with a small group of persons when suddenly,  someone who was sitting close to us started playing a song on his phone. Actually,  the music player had been playing other songs till that particular song came on, the only part I remember is the chorus which goes somehow like this: ” a na m acho onye m ga-ako onu, anyi na-acho onye anyi ga ako onu” (I am looking for someone to insult, we are looking for someone to insult)

When I heard that part, I was about bursting out in laughter when suddenly one of us sighed, shook his head (like the weight of the world rested on his shoulders) and said: “what kind of music is this? People just spurt nonsense these days in the name of music and people actually play them. How can one comfortably listen to such  immoral songs?? These are signs of end time”

In my mind, my eyebrows went up & I said “Hia!!! People are so straitjacketed, can’t some people just loosen up and see the fun side of things? But l didn’t say anything out loud or change my facial expression one bit as I was with senior colleagues. (You know naa, before I would be asked: ‘Are you born again?, start receiving religious tracts daily or worse, labelled irresponsible)

But on a serious note,  I know Nigerian artists can sing terrible ‘where did this crap come from’ lyrics, but some songs are just for fun, Ighotago!!. Nwanne, people need to stop seeing devil eveywhere jare!

.
.
.
P.S: I know #Phynofino was in the song. Would appreciate if someone tells me the song.

Have you ever been so unfortunate to sit close to someone who used the whole bottle of perfume on themselves maybe during a long church service?  I just have to say this: please perfumes aren’t pesticides! !!!! 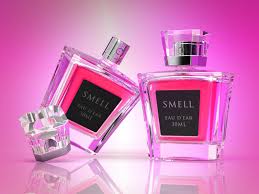 You just need a little. Don’t trigger an asthmatic attack for your neighbour abeg…….